How does astrology work? If you ask 10 different Western astrologers, you are likely to get at least 11 different answers. Of course, we can all talk about the mechanics of casting a chart and the physical bodies we are charting in the sky, but how does that translate into meaning here on Earth. How and why do the movements of the planets and the stars impact our lives? 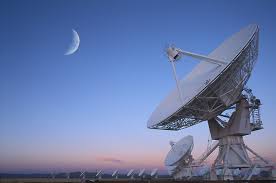 Modern scientists love to say that there is no scientific basis for astrology. Actually, by the rules of modern science and the scientific method, I would have to say that they are likely correct. As of the present, no physical reason for the influence of the planets and stars upon our lives has been found. While some physical reason may be found in the future, I find that highly unlikely. Does that make astrology invalid? I would say absolutely not.

The rules of modern science and the scientific method are limited to what can be observed with the senses and what can be measured quantitatively. I believe that this would be a good system if people would restrict the scope of their pronouncements in the name of modern science to those things that fall within its realm. The difficulty is that people tend to employ a form of circular reasoning. We can only measure what we can observe, so what we observe must be all that there is.

An example of this can be found in the scientific study of the fifth element of Aethyr. While most people know of the four classical elements of earth, air, water, and fire, there is a fifth element called Aethyr. Aethyr is the actually the first element, the source of the other four. Scientists have claimed to “disprove” the existence of Aethyr because they can find no evidence of it in the material world. Yet, Aethyr by definition is not a material element, and thus, it is not a part of the material world but exists outside of it. So of course, they would find no physical evidence of it. Indeed, if they did find evidence of something they thought was Aethyr, it could not be Aethyr, but something else.

So How Does Astrology Really Work?

Most astrologers can quote the Hermetic axiom, “as above, so below,” but what does that mean?

I would say that first and foremost, astrology is a form of Divination, or a method of trying to interpret the influence of the Divine on our lives on Earth. In the Filianic Tradition, we are told that after the Fall, “I [the Mother Creatrix] shall not live as close to you as before, but still I shall pour blessings upon you, and you may give Me gifts-not in every moment as before, for you have learned to tire, but My light shall give you signs in this matter.” Mythos of God the Mother, authorised version. In the Judeo-Christian Written Tradition, we are told that on the fourth day of Creation, “And God said, ‘Let there be lights in the dome of the sky to separate the day from the night; and let them be for signs and seasons, and for days and years, and let them be lights in the dome of the sky to give light upon the earth.'” Genesis 1:14-15, New Revised Standard Version. This is why I think that an astrologer’s beliefs with respect to the Divine are of utmost importance.

The Building Blocks of Western Astrology

There have been many forms of astrology throughout human history, and the versions that are practiced in the Modern West are variations of the astrology used in Ancient Chaldea and Ancient Greece. This form of astrology uses the building blocks of the 7 planets and the 12 signs.

Even though we use the Roman names for the planets to this day, to my knowledge, there are no remaining practitioners of the Ancient Grecian or Roman religions in the present age.  I, personally, would have difficulty using the Greco-Roman pantheon as the Divine Presences behind the planets because the gods and goddesses of this pantheon were far from perfect. Indeed, one would be hard pressed to say that they were even good. In the Judeo-Christian tradition, the planets are associated with the 7 archangels. As a Filianist, I would say that they are associated with the 7 primary Jayanti.  The Janyati are not the planets; the planets themselves are physical bodies that reflect the Janyati. 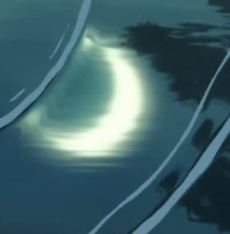 In my belief system, the Janyati themselves are emanations from the Divine, and as such represent the highest aspects of the planetary principles. At their highest level, all of the Janyati, even Sai Rhavë, the Janya associated with Saturn, are perfect and good. Their reflections, as can be seen in the planetary influences, are not always perfect nor are they always good. The differences between the Janyati and their planets can be seen as the reflection of the Moon on the water, a distorted image reflecting a higher reality.

In addition to representing Higher Divine Principles, each of the planets also represents a heavenly sphere. In traditional thought, there were many layers between the material world and Absolute. This is the true meaning of the Traditional Model of the Cosmos. The Earth, or sublunary sphere, is not just the planet where we live, but the entire physical universe that we can observe with the senses. The sphere directly above us is the Lunary Sphere, which is the sphere of our dreams and imaginations. Our own personal Image Spheres are found here. The Heavenly Spheres impact our own, which is the meaning to the axiom, “as above, so below.”

Astrology uses the motions of the planets to interpret the physical reflections of the major Divine Principles and the impact of the Higher Spheres upon our own.

The zodiac represents the 12 Human Archetypes, or the 12 different emanations of Axial Beings on Earth. This number is reflected in the Judeo-Christian tradition as the 12 tribes of Israel or the 12 disciples. 12 represents the full expression of manifestation. Every so often, there will be a big bruhaha in the news about the “scientific discovery” of a 13th zodiac sign. I actually find this interesting, not because it is a new discovery, it isn’t, not because it changes anything about the way I practice astrology, it doesn’t. I find it interesting because, in the traditions with the 12 archetypes, there is often one extra and set apart: The 12 disciples and Jesus; the 12 regular Israelite tribes and the Levites. Even in the Oriental Zodiac, which is based on an entirely different premise, there are 12 animal signs, with one animal without a sign…the cat, who was tricked out of her place in the zodiac by the rat.

Almost everyone is aware of his or her sign, which is actually the sign of the placement of the Sun at birth. Even though compared to a full Nativity Chart, Sun Sign personality descriptions are extremely blunt instruments, there is some validity to them. This is because the physical Sun represents the Supernal Sun, or the Creative Force in the Cosmos, and is the Heart of the Solar System. Humans, as Axial Beings, are microcosms of the Cosmos and in turn, the Solar System, and thus the Sun in our chart represents our Heart. Now, the Sun actually does represent our physical heart, but it also represents our deeper Heart, or the center of our being. For this reason, our Sun Sign will always represent who we are on a certain level, even though, depending on the other factors in our charts, it will show to a greater or lesser extent in our personalities.

There are many other considerations in astrology such as Houses, Fixed Stars, the Moon’s Nodes, and Parts or Lots. There are also many considerations that have been added in modern times, such as the Outer Planets. That being said, everything in astrology revolves around the building blocks of the 7 planets and the 12 signs.

Astrology is a form of Divination, or a means of interpreting the impact of the Divine on our lives on Earth. While astrology uses the movement of the planets in this interpretation, the basis for astrology is not in the principles of modern physical science, but in the metaphysical principles that are beyond the world, and beyond the scope of modern physical science. The main building blocks of Western Astrology are the 7 planets, which represent the 7 primary aspects of the Divine, and the 12 signs, which represent the 12 main archetypes. Everything in Western Astrology revolves around these building blocks.

Astrology as a Traditional Science

3 thoughts on “How Does Astrology Work?”