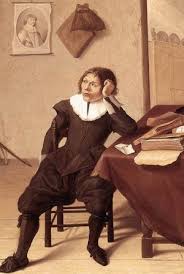 When looking for an astrologer or an astrology instructional program or teacher, there are many different types of astrology to choose from. What makes it more confusing is that many of these types seem to be in competition with or at odds with each other. Which one is “right,” and which ones are “wrong”? Even if a person is not interested in seeking out the services of an astrologer or learning astrology and just wants to read her daily horoscope in the newspaper for fun, sooner or later she will discover that the zodiac used in most Western astrology does not match the actual constellations. That is one of the most common criticisms of astrology by modern scientists, by the way. If she investigates further, she may learn about Vedic astrology, which does use a zodiac aligned with the actual constellations.

So what is a person supposed to do? What is the “real” astrology?

I greatly enjoy learning, and often my eyes are bigger than my stomach when it comes to taking on topics to learn. I subscribe to Great Courses Plus, which is an “all you can eat” program for video online college courses. Last fall, I thought I might try to learn computer programing. Sadly, my time is not unlimited, and I did not get through more than a few classes. I did, however, watch long enough to hear an interesting paradigm concerning computer languages. The professor explained that computer languages were not really languages of the computer. Computers only have one language, that is binary. Computer languages are human languages by which we can communicate with computers.

I thought about it, and it occurred to me that the same paradigm can be applied to the various forms of astrology. I do believe that the various forms of astrology are true languages, with vocabulary, syntax, and grammar. Like all languages, one can learn a little astrology with enough skill to get by, or one can take the time to become proficient and even fluent. Even when fluent, there is always more to learn. There is a long tradition in astrology that no matter how much one learns or how long one has practiced, one is always a “student of astrology.”

I am a Traditionalist, and as such, I tend to have more confidence in forms of astrology that have a long pedigree as opposed to newer, more modern versions. Both Vedic and Western Classical astrology have long histories and use some of the same terminology. While I think that they are truly different languages, they belong to the same astrological language family, analogous to Spanish and French.

So, how does one choose?

Well, I think that if you are looking for an astrologer, I think it is more important to know the astrologer’s experience and philosophy of practice than then the astrologer’s methodology. What is her position on Fate vs. Free Will? What does he think is the best use of astrology? Different astrologers have different skills and interests. For example, I see astrology as a tool for self-development and for finding and being one’s best self. I see astrology in terms of a person’s spiritual growth and practical well-being. I have almost no interest in financial astrology and only limited interest in psychological analysis. Other factors to look at is whether you like the astrologer and whether the astrologer is helpful for what you are looking for. 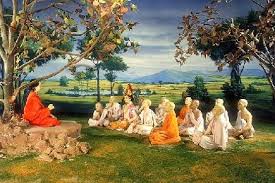 If you are looking to study astrology, I think it is best to start somewhere, rather than worrying about which astrology is right or wrong. Most astrologers, including myself, started in one direction and changed directions along their journey, sometimes several times. I think that as you study you will find the forms of astrology that you warm to and the forms that you do not.

What about mixing and matching? Can you use techniques and concepts from one form of astrology in another? Well, I think that the language paradigm works here as well. I do not think drawing from various astrologies is necessary. Each astrological language is sufficient in and of itself. On the other hand, all human languages have “loan words” from other languages, which may or may not mean the same thing as they did in the original language. Any English speaking student of a foreign language will find “false friends,” loan words from English that mean something different in the target language.

I also think that one must be careful with “mixing and matching” too much, because then it becomes much harder to understand in any meaningful way. For example, my grandmother’s native language was Swedish, and when our Swedish relatives visited or she went to Sweden, her language became a mixture of English and Swedish, and it was difficult to comprehend what she was saying.

So, what do you think? I would love to hear the experiences and thoughts of others, both astrologers and non-astrologers, with respect to the various forms of astrology. For non-astrologers or beginning (or intermediate or advanced) students of astrology, do you have any questions? I do not know if I can answer all of them, but I will do my best.