After the excitement of August 2019, in September, the transits will bring us all back to Earth, literally. The element of Earth will be featured prominently for most of the month, which will bring a great deal of energy and motivation to get things accomplished.

Also, there will be quite a lot of transits, especially during the beginning of the month, which will also keep matters active and lively. 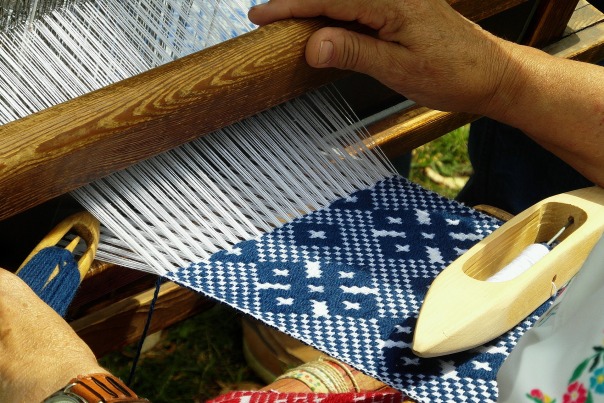 September 1 to September 12 – An Intense Time of Hard Work

We enter into September in a New Moon phase which began on August 30. In the New Moon chart, six out of seven traditional planets were in Earth and moving into September, there are still five planets in that element.

There will be an unusual number of aspects occurring during this time. Most of the aspects will be positive or neutral, but it will still make for a lot of activity. 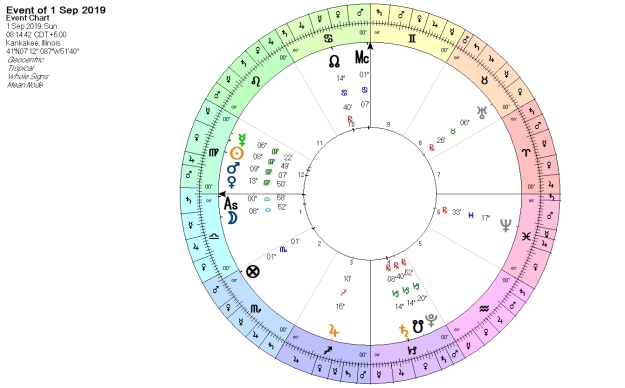 In general, this will generate good, productive energy. There may be a temptation to become impatient with other people and decide that it is easier to do things by yourself. This will not cause major difficulties, but it could be a little hard on interpersonal relations.

On September 2, Venus will square Jupiter. This could cause some slight tension and restlessness, but as these planets are both natural benefics, it should not cause too much trouble. Beware of the tendency of becoming overcritical or going to the opposite extreme and being a bit too lackadaisical about important details.

This is a powerful convergence, and it will impact those with planets and important chart points in the Mutable Signs of Gemini, Virgo, Sagittarius, and Pisces the most strongly.

Venus will oppose Neptune. It will be important today not to allow yourself to be swept up by illusion. If you get any ideas, wait to act on them until the clouds clear.

Today marks the 1st Quarter Moon. This is when the matters that began during the New Moon Phase will come into visibility and will begin to flourish and bloom.

On this day, Mercury will also trine Saturn and the South Node. This should help with communication, particularly when it comes to practical matters.

The 1st Quarter Moon that began today will begin a series of transits that will emphasize practicality and hard work. The Sun will trine Saturn in Capricorn. Shortly before that Mercury will square Jupiter. This is not the time to play, but to get down to serious business.

Venus will also trine Pluto on this day. For most, this will pass unnoticed, but beware of the temptation to flirt with dark energy.

Mercury will oppose Neptune. If there has been any recent deception, it will come to light. On the other hand, be careful of the temptation to be overly critical or distrustful. Also, the Sun will trine the South Node and will be a prelude to tomorrow’s transits.

The Sun will square Jupiter, and Mars will trine Saturn. This will continue the recent theme of hard work on a material, practical level, as well as turning away from the playful energy of Jupiter in Sagittarius.

Mercury will trine Pluto, which can pass unnoticed. The important thing to remember is to watch what you say. You might be tempted to touch the raw and tender parts of others. It is best to refrain from doing this if at all possible.

The intense time of heavy transits is starting to wind down with Mars trine the South Node. This should bring some understanding of the events of the past several days and clear the path for the way forward.

The Sun will oppose Neptune. This will clear away the clouds of illusion that may have been hovering low to the ground and will continue to light the path ahead.

Mars will oppose Jupiter. This will be a continuation of the theme of hard work over pleasure that has been dominating this month.

September 13 to September 27 – Return to Balance

One of the lessons of astrology is that there is a proper time for everything. There is a time to work hard, but there are other times to rest or nurture our relationships. The New Moon Phase was an intense time of focus on work and practical matters. Yet, in the Full Moon Phase, the number of transits will return to a more normal level

This will be time to slow down a bit, look at the results of our efforts, and put them into order.

In the Full Moon Lunation chart, the Moon is about 3 degrees beyond Neptune. This is further testimony that the work of the previous Lunation has scattered the clouds that have been hanging over us and the way forward is now clear.

Mars and Venus will come together at the end of Virgo on Sept. 13, and then they will both move into Venus’ domain of Libra on Sept. 14. This should open the door for restored communication and healing in our relationships.

Mars will also oppose Neptune on Sept. 13, finishing the theme of cutting through illusion. We will now be able to move forward on the path that has recently become clear.

On the other hand, it is important to resist the impulse to slide into dark emotions like revenge and jealousy. On Sept. 13, the Sun will trine Pluto tempting us to undo our hard work with these types of negative impulses.

The South Node will join Saturn. This will probably not be noticed on a personal level, but it may be seen on the world stage. We will not see a big dramatic event. Instead, there will be clarity on events over recent months.

Saturn will go direct and will stay direct through the remainder of 2019 and the remainder of the sign of Capricorn. It will not go retrograde again until after it enters Aquarius in March of 2020.

Saturn is a planet of contradictions. She signifies both stability and change. It may not be obvious now, but this will mark the first of the changes on the world stage that we will see starting in December of 2019.

Mars will trine Pluto. This transit can pass unnoticed, or it can bring explosive bouts of temper. Ignore any dark or vengeful impulses that you may feel and all will be just fine.

Today marks the Third Quarter Moon. This is a time to wind down and clean up after the events of this Lunar Cycle. It is not the time to start anything new unless it is something that you want to be done and over with quickly and easily. If you are in the U.S. and have filed an extension on your taxes, this Lunar Phase is the best time to get them done.

Jupiter will also be square Neptune on this day. You may experience a crisis of faith but hold on to what you know deep in your heart, and you will get through it.

Mercury will square the South Node and Saturn. This may be a good time to talk about balance and reconcile any hard feelings that may have built up over the past several months.

While the Aries Equinox represents the start of the astrological new year, each of the cardinal points is also a new beginning in its own way. There will be more about the Libra Ingress in a future article.

Mercury will be sextile Jupiter today. This should bring some much needed light-hearted conversation after the recent seriousness.

Venus will square Saturn and the Nodes today. While September has likely been a very productive month, it has not been easy on relationships. It is time to take a break and focus on those that we love.

Mercury will square Pluto today. If you avoid any impulse towards communicating darker feelings and emotions, this transit will go by unnoticed. If you do not, there is the danger of explosive arguments.

September 28 to September 30 – Balancing Work with our Relationships

On September 28, there will be a New Moon which will begin a new Lunar Cycle. While the previous cycle had a heavy emphasis on Earth, this new cycle will emphasize balance. With four planets in Libra that are squaring Saturn in Capricorn, it will be important to balance our work with our relationships. While during the last cycle, our work came first, this cycle, we will need to prioritize our relationships.

Venus will sextile Jupiter today. This will be a good time to enjoy those that we love. Perhaps schedule a mini-vacation or a short adventure.

On this day, Venus will square Pluto. Avoid giving in to your lower impulses. You may be tempted to flirt with something that you will regret later.

4 thoughts on “The Transits of September 2019 – A Productive Month”

The Traditional Model of the Cosmos, Part VI: What About the Outer Planets?

The Traditional Model of the Cosmos, Part V: The Doctrine of Visibility

Here is the 5th installment of what will be a six-part series on the Traditional Model of the Cosmos. This video discusses the Doctrine of Visibility from an Essentialist perspective. The parable is from The Image of the Cosmos.