The zodiac most commonly used in Western Astrology is the Tropical Zodiac. This Zodiac is tied to the Four Cardinal points in the year, which are the two Equinoxes and two Solstices. The Equinoxes are the times during the year in which the length of daylight and the length of nighttime are equal. The Sun begins her sojourn through Aries at the Spring Equinox in the Northern Hemisphere, which, of course, is the Fall Equinox in the Southern Hemisphere.

Because the signs are based on the seasons, it is generally possible to tell your Sun Sign by your birthdate. The approximate dates that the Sun is in Aries are between March 21 and April 20. These dates to vary by a day or so from year to year, so if you were born near the beginning or end of this time frame, you may need to have your Natal Chart calculated for the exact date, time, and place of your birth.

Because Aries is the sign at the Vernal Equinox, it is the Cardinal Sign of Spring. Aries is the sign when everything begins to come back to life! Life can be precarious at first, and in many places, the weather is quite unstable during the time of Aries. It takes courage and strength to break through the ground or to come out of a shell.

This is a time of new beginnings and a time to let go of the past. In the garden, we are clearing away the remaining leaves from the Fall and pruning plants of last year’s growth so that they can start anew. In a very real way, each Spring represents a fresh new start, and Aries is there to lead the charge.

Aries is a Fire Sign. Fire represents energy and the force of Will. As a Cardinal Sign, Aries is the most daring and combative of all of the Fire Signs. Aries is active and assertive, and sometimes even aggressive. Aries is the first spark of life or activity, and she will let nothing stand in her way.

It should be no surprise that the ruler of Aries is Mars. Mars is the planet of conflict and war. While conflict is a necessary part of manifestation, it is rarely pleasant. For this reason, Mars is known as the Lesser Malefic. Aries thrives on conflict, which makes Mars a fitting ruler for her. It may be surprising, though, that Aries is not Mars’ best sign. As a Malefic, Mars is better when tempered or moderated a little. For this reason, Mars is considered better in Night Signs, and Aries is her Day House. Mars’ Night House is Scorpio. In Aries, Mars can tend towards being impulsive and over-aggressive.

The Spring Equinox is when the days begin to get longer than the nights. As such, the Sun is exalted in Aries. The Sun is also the Luminary that brings light, warmth, and life to our world. In Aries, the Sun is able to shine brightly.

Aries is the fighter and the warrior, and Venus is the planet that governs love, beauty, and peace. For this reason, Venus has a hard time performing her function in the sign of Aries.

Saturn is the slowest of the Traditional Planets, and it governs slow, steady action. Aries is fast moving and tends to be impulsive. For this reason, Saturn finds Aries quite uncomfortable. On the other hand, Aries is warm, and this warmth moderates Saturn’s cold nature, which gives Saturn some dignity in Aries as well.

In addition to the planets that have dignity in a sign in its entirety, there are planets that rule specific degrees of each sign. These are known as the planet’s terms or bounds. There are two main systems of the division of the terms, Egyptian and Chaldean.

Each sign is divided into three parts, known as face or decantes. Each face has a separate ruler. The faces of Aries and their rulers are:

Aries and the Body 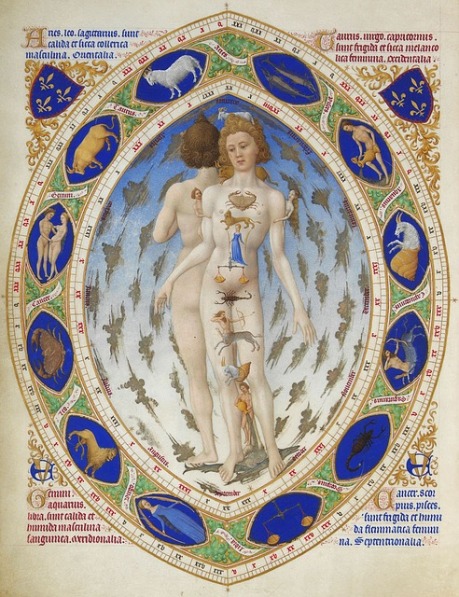 Aries rules the head. Those with Aries prominent in their chart need to be careful of injuries and illnesses to the head. This is also the case if you have a Scorpio Ascendant because in that case, Aries governs your 6th House of injury and illness.

You need to be especially careful of injuries and illnesses to the head if your Sun or Mars is in Aries. The reason for this is that the strong parts of your chart are the most dangerous. If you have a Virgo Ascendant, you also must be careful, because Aries rules your 8th House of Death. Also, if you have Mars in Aries, you are especially prone to infections, and they can become quite dangerous if left untreated.

Aries in a Nativity Chart

When reading a Nativity Chart, most astrologers look first to the placements of the Sun, Moon, and Ascendant, which is also known as the Rising Sign. You can learn these by getting a Nativity Chart report from an astrologer, or by getting a computerized report for free from Astrology Season. Below are brief descriptions of how to interpret an Aries Sun, Moon, and Ascendant.

The Sun is exalted in Aries and is one of the Triplicity Rulers of Fire. Furthermore, Aries is a Day Sign. This makes the Sun especially strong in this sign. Some hallmark traits of the Sun in Aries are enthusiasm, courage, competitiveness, and sometime combativeness.

One of the first things that you learn as you become serious about astrology is that while Sun Signs can give a lot of information, they are not everything. Almost everyone shows their Sun Sign in some way, but sometimes it is not obvious. If you have an Aries Sun by day, however, you will usually show your Aries nature quite strongly. You are bold and brave. You also enjoy competition and are always ready for a good fight.

An Aries Sun by Night is a little more difficult, depending on the sign of your Moon. While you still have a powerful, energetic, and bold Sun, it may be harder for you to express this part of your nature directly. This could lead to restlessness and irritability. It will be especially important for you to get enough exercise and to have an outlet for your competitive streak.

The Moon is not especially happy in Aries. There are no real debilities, but there are no dignities either. Also, the Moon tends to be rather uncomfortable in Day Signs. With an Aries Moon, you will need to be careful of bouts of temper.

This can be a complicated placement depending on the Sign of your Sun. If your Sun is in one of the other Fire Signs, Leo or Sagittarius, your Moon will be able to receive help from your Sun. This will make it easier for you to express the Aries side of your nature directly. The same will be true to a lesser extent if your Sun is in Gemini. In any other sign, your Sun will tend to repress or hide your fiery Moon. It will be important for you to find ways to release this energy. If you do not, it could turn into irritability or depression.

If you have an Aries Moon by night, it will be easier to express this part of your nature in a direct and constructive way. This is particularly the case if your Sun is in a supportive sign as described above. You will have many of the trademark characteristics of Aries, but they will be somewhat moderated and toned down.

If you have an Aries Ascendant, all of the bold and competitive traits of Aries will be right on the surface. Your energy and enthusiasm will give you a rough sort of charm, but you may have difficulty with social graces. You are honest to a fault, and you always speak your mind.

With an Aries Ascendant, Mars is the ruler of your chart, and thus, the placement of Mars in your chart becomes extremely important.

Using Whole Sign Houses, your Ascendant will determine which planet and sign rule all aspects of your life.

If you have an Aries Ascendant, all of your houses will be ruled by signs that have a certain amount of affinity them. This creates a situation in which your life follows a rather expected pattern. Your 4th House, which is the House of the Home, is Cancer, which is ruled by the Moon. You are devoted to your family and protective of your home.

Venus-ruled Libra rules your 7th House of partnership, and being in a couple tends to soften some of your rough edges. You are attracted to someone who is strong, but who is also diplomatic. Physical beauty is also extremely important to you in a partner.

With an Aries Ascendant, Saturn-ruled Capricorn governs your 10th House of Career and Public Reputation. You are very serious when it comes to your career, and you have the ability to work very hard. Indeed, hard work is very important to your overall health and well-being. You also value honor, and your reputation is very important to you. You respond well to authority that you respect, but it is very hard for you to be subordinate to someone you don’t. For this reason, clashes with authority figures could impede your career advancement.