In Part I of this series, we talked about the astrological and metaphysical symbolism is the first story arc of Sailor Moon and the beginning of the second story arc. In Part II, we continued through the second story arc, faced Sailor Pluto, and arrived in the 30th Century, where we encounter a woman sleeping inside a large crystal encasement who looks like Sailor Moon and a man who looks like Tuxedo Kamen. As the story progresses, we discover that the woman is Neo Queen Serenity, who is the future Sailor Moon, and the man is the spirit of King Endymion, who is the future Tuxedo Kamen. We also discover that Chibi Usa is the daughter of Neo Queen Serenity and King Endymion and that in the 30th Century, she is called Princess “Small Lady” Serenity. We also meet a kitten who is the daughter of Sailor Moon’s feline partner, Luna, and Sailor Venus’ feline partner, Artemis. The kitten’s name is Diana, and she will be important later. 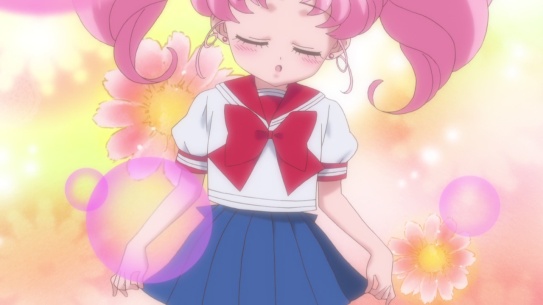 In the manga and Sailor Moon Crystal, Sailor Moon became Neo Queen Serenity at the age of 22 and ascended to the throne of a newly created Crystal Tokyo. We learn that during the prior Silver Millennium,  people had a lifespan of around 1,000 years. When  Neo Queen Serenity ascended to the throne, by the power of the Maboroshi no Ginsuishou, everyone else began to enjoy similar long life spans as in the previous Silver Millennium, and their aging stopped as well. In this version, Chibi Usa is around 900 years old.

In the original anime, there was a cataclysm which put the world in a deep freeze. Sometime around the 30th Century, Sailor Moon awoke as Neo Queen Serenity. With the Maboroshi no Gunsuishou, she woke up and cleansed the world, and Crystal Tokyo was born.

Traditional Vision of the Future

In traditional thought, time passes through four ages. In Vedic philosophy, this cycle is called the Manvantara, or the Great Cycle, which starts with the Satya Yuga, or Golden Age, and continues in turn through the Treta Yuga, or Silver Age, the Dvpara Yuga, or Bronze Age, and finishes with the Kali Yuga, or Iron Age. The length of these ages is proportionate rather than equal, and the ratio is 4:3:2:1, with the Golden Age being the longest and the Iron Age being the shortest. According to this doctrine, we are currently living in the final stages of the Iron Age, which may have started around 6,000 years ago, and when this Age is complete, there will be a new Golden Age.

This doctrine was also explained by Plato, and can be seen in a very abbreviated and simplified version in the description of the “end times” and the “Second Coming” in Christian theology. The actually length of the various ages is unknown, and no legitimate tradition will say when the end of this Age will be. In the Christian written tradition it is said, “about that day and hour no one knows, neither the angels of heaven, nor the Son, but only the Father.” Matthew 24.28, NRSV.

It is also unknown what the new Golden Age will look like, except  that in comparison to the Late Iron Age it will seem like Paradise. It is unlikely, however, that we will live in physical bodies in the same way that we do in this Age. It is interesting that the old anime series describes a cataclysm and a period of time where everyone is asleep. From our limited Iron Age perspective, this is how the next Golden Age may seem. On the other hand, even though from a purely physical perspective we may seem “asleep,” we will likely be living in an idyllic dreamlike state. 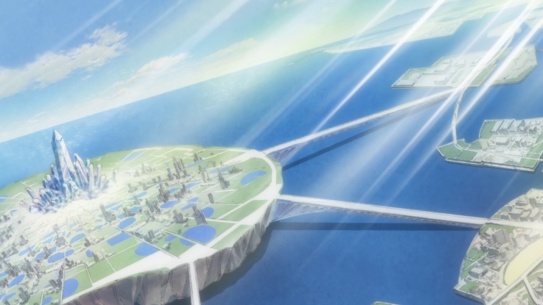 In the Sailor Moon original anime, this sleeping state lasted about a thousand years; however, the next Golden Age will likely last tens of thousands of years until it passes to the next Silver Age.  I find it interesting in Sailor Moon Crystal and the manga that peoples’ lifespans in the Silver Millennium and Crystal Tokyo were about a thousand years because in traditional doctrine, we did have much longer lifespans in former Ages. In the Judeo-Christian written tradition, before the Great Flood there are descriptions of individuals with very long lifespans, the longest recorded being Methuselah, who lived 966 years.

After the explanation of Crystal Tokyo, we learn of the 10th planet, Planet Nemesis, which is the base for the villains, Black Moon. Planet Nemesis produces Minus Energy, which is causing destruction in the 30th Century and in the century where Sailor Moon lives.

The Sailor Moon manga was first serialized from 1991 to 1997, and the original anime series was broadcast between 1992 and 1997; the second story arc was published in 1993. More than 10 years later, on January 5, 2005, the dwarf planet Eris was discovered, and given its official name in September of 2006. Eris is the Greek goddess of strife and discord. True to its name, Eris’ discovery prompted a great deal of strife and discord because it was thought to be larger than Pluto. For a time, Eris was considered the 10th planet, but later it was classified as a dwarf planet and Pluto was demoted to dwarf planet as well. An asteroid, Ceres, was promoted to dwarf planet, and two more bodies, Makemake and Haumea have been added to the list.

As an astrologer who uses Classical methods, I do not use the new dwarf planets in my interpretations, and I do not see myself using them in the foreseeable future. I do make limited use of Pluto, though, along with Uranus and Neptune. The Classical planets provide more than enough information for my purposes, without the need to clutter the chart with an ever increasing number of heavenly bodies.  Even so, I do find it interesting that the 10th planet Nemesis seems to have foreshadowed the discovery of a dwarf planet that was named after a goddess of strife and discord.

Return to the Present

In Sailor Moon Crystal and the manga, after the explanation, King Endymion instructs them to return to the present, and extracts a promise from Tuxedo Kamen that he will protect Chibi Usa/Small Lady with his life. This induces further jealousy on the part of Usagi-chan. She quarrels with Mamoru-san. Chibi-Usa, apparently hearing the quarrel, runs off. She returns to the future, and Tuxedo Kamen, Sailor Moon, and Sailor Venus go after her. They are confronted by Black Moon, and though they find Chibi-Usa, Sailor Moon is abducted in the process. 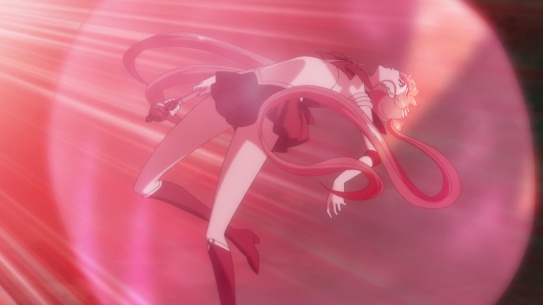 The Traditional Model of the Cosmos, Part VI: What About the Outer Planets?

The Traditional Model of the Cosmos, Part V: The Doctrine of Visibility

Here is the 5th installment of what will be a six-part series on the Traditional Model of the Cosmos. This video discusses the Doctrine of Visibility from an Essentialist perspective. The parable is from The Image of the Cosmos.